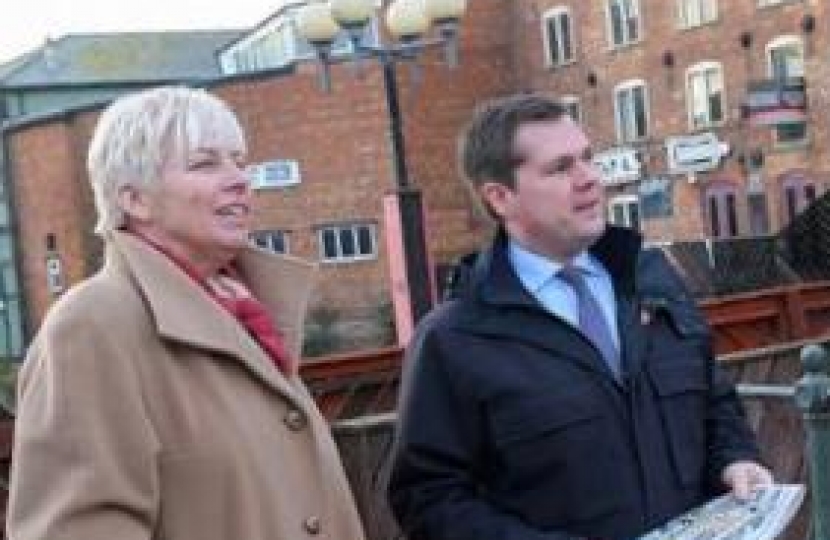 Grimsby was the first Town Deal to be announced in the UK.. I have continued to lobbying for the town in Parliament to ensure Grimsby's priorities are understood in Westminster. I am working alongside North East Lincolnshire Council, the Greater Lincolnshire Local Enterprise Partnership )LEP) and the Greater Grimsby Regeneration Board to assist in the development of Grimsby.

The aim of the Government's 'Towns Fund' is to 'level up' towns by allowing the sustainable regeneration of targeted areas. Being a part of this fund has allowed Grimsby to apply for and successfully received a wide range of funds.

An update so far on the work I’ve been doing so far this month:

Spending Review welcomed as the fight against Covid-19 continues

THE Member of Parliament for Great Grimsby Lia Nici has welcomed today's Spending Review which provides billions of pounds in the fight against coronavirus, delivering on the Conservative’s promise it has made to the British people to invest in the UK’s recovery.

Biggest defence boost since the end of the Cold War

YESTERDAY, the Prime Minister announced an additional £24.1 billion in funding for our country’s defence. This funding will help safeguard the security of our nation and bring prosperity to every corner of the Union.

I am sure that the £1million grant recently given by the Government to Great Grimsby (the maximum level of grant awarded) will be well spent by the Council in improving the town centre - particularly Riverhead Square and the River Freshney.

Turning Boris into a GTFC fan - step by step

The last time I saw Boris I promised to get him a GTFC shirt to match his GTFC bobble hat that he wears on holiday. He is chuffed with it. I was meeting him to highlight the help that non-premiership football teams need to keep going. Had to be Number 10.

My job as the MP for Great Grimsby is to try and make sure that my constituency can be seen to be forward thinking.

Government to Invest Millions In Our Local Hospital