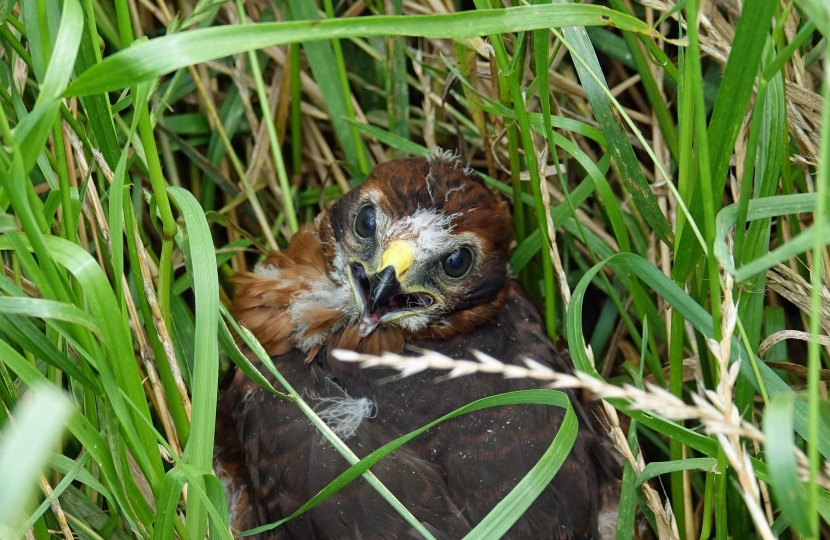 My colleagues and I recognise the conservation and economic benefits that shooting sports bring to rural communities. A study in 2010 by the Game and Wildlife Conservation Trust showed that predator control resulted in significant increases in the breeding success of ground nesting birds such as curlew, golden plover and lapwing. I believe that individuals should be free to manage wildlife within the law, and that the Government should only intervene when there is good reason to do so.

All wild birds are protected under the Wildlife and Countryside Act 1981 and there are strong penalties in place for offences committed against birds of prey and other wildlife, with most wildlife crimes carrying up to an unlimited fine and/or a six-month custodial sentence. To address concerns about illegal killing of birds of prey, senior Government and enforcement officers have identified raptor persecution as a national wildlife crime priority. The National Wildlife Crime Unit monitors and gathers intelligence on wildlife crime, including raptor persecution, and aids police forces in their investigations when required.

Ministers have always been clear of the need to phase out rotational burning of protected blanket bog to conserve these vulnerable habitats. Real progress is being made in promoting sustainable alternatives and I am pleased to hear that legislation is being looked at which could help achieve this. Ministers have also been encouraging landowners to adopt sustainable options and continue to work with them constructively. The England Peat Strategy will be published later this year which will detail further how we can protect, restore, and reduce damage to our peatlands.

While there are no current plans to carry out a review of the management of grouse moors, I recognise it is vital that wildlife and habitats are respected and protected, and that the law is observed. I am pleased that the Government will continue to work to ensure a sustainable, mutually beneficial relationship between shooting and conservation.

I welcome the new measures put in place to help businesses across the country, particularly pubs. It is reassuring that no pub or other business in the hospitality sector will be required to pay business rates this year. Local authorities will apply the rates relief automatically and no action is required by pub rate payers.

I also welcome the temporary cut to VAT from 20 per cent to 5 per cent for all food and non-alcoholic drinks, which initially applied from 15 July 2020 to 12 January 2021, but has been extended to 31 March 2021. This will continue to support restaurants, pubs, bars, cafés and similar premises across the UK. The Eat Out to Help Out scheme has supported thousands of businesses and help protect the jobs of over a million employees. Pubs, restaurants and others that participated will be fully reimbursed for the discount by the Government.

In 2013, the Government took the decision to end the beer duty escalator, and beer duty has been frozen or cut several times since then. Duty on spirits has been frozen over the past two years. As a result of these changes, a typical pint is cheaper than it would have been had these measures not been introduced. I share your concern about the future of pubs and the hardship caused by the coronavirus outbreak. The steps taken by HMRC to make it easier to claim back the duty on any beer thrown away as a result of pub closures were a timely and sensible intervention.