The Agriculture Bill - Good For Farmers, Consumers And The Environment 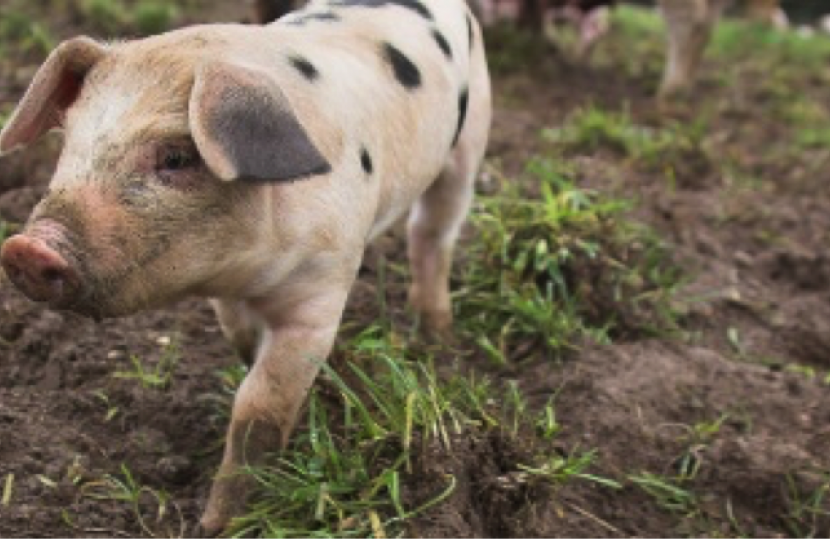 This Parliament is quickly becoming one of firsts.  Last week I took part in the first-ever remote vote on the Agriculture Bill – remote voting is a strange experience – sitting in the home office (not the Home Office) watching the debate and logging into the system at the right time.  Very different from the traditional vote when the annunciator bell rings across the Parliamentary Estate and we have 7 minutes to run across from our offices to the Chamber and make sure we crowd into the correct lobby to place our vote.

The Bill is a key step forward as we transition out of the EU and leave the Common Agricultural Policy that has failed in so many ways over the years.  Controlling the nature and quality of our home food production in the way we want to see it develop for the good of farmers, animal husbandry and land management in an era of climate change, as well as for the UK consumer should be one of our top priorities as we become a nation that is independent from the European Union.

The RSPCA has described the Bill as ‘historic, saying

"We're very encouraged that the Bill includes the development of a scheme to provide financial rewards for farmers in England who improve their animal welfare practices, as well as the official recognition of animal welfare as a 'public good'. These measures could improve the health and welfare of millions of farm animals and position England as a world leader for farm animal welfare."

“ I want to highlight the huge contribution that farmers make to our society by putting food on our plates and conserving the natural landscapes that we all value so much. This Bill will provide our farmers and land managers with a chance to play a fundamental role in tackling the greatest environmental challenges of our time: protecting nature and tackling catastrophic climate change”

Despite general support for the Agriculture Bill, I know, however, that the National Farmers Union, the RSPCA, and many other organisations are disappointed that an amendment to the bill that would prevent the ratification of any future trade agreement that allows the importation of agricultural or food products which have not been produced to equivalent high standards of the UK was voted down.

After discussions with colleagues and much thought I decided that, on balance, I could not vote for the amendment.  That was not because I didn’t agree with the fundamental principles of what the amendment set out to achieve; high animal welfare standards in the farming industry and ensuring that our own farmers are able to compete in a level playing field. I completely agree that overseas competitors who cut costs by reducing standards should not undercut our farmers. We would be, in effect, looking after our own animals well, but rewarding animal cruelty elsewhere. The knock-on effect would be either our own farmers struggling to be viable or needing much bigger subsidies to stay in business. The amendment is not the right legislative tool to achieve this however, and needs to remain a domestic agriculture bill, rather than an international trade bill. The Government’s position is clear:

I know my fellow Conservative MPs (many also representing farming constituencies), the Department of Environment, Food and Rural Affairs and the Government more widely are all strongly committed to ensuring that we don’t open the door to low animal welfare imports that would undermine UK farmers. I will be working constructively with others to help make sure of that.

One of my key targets as the MP for Great Grimsby is to help people have wider opportunity improve their skills training to get better jobs.