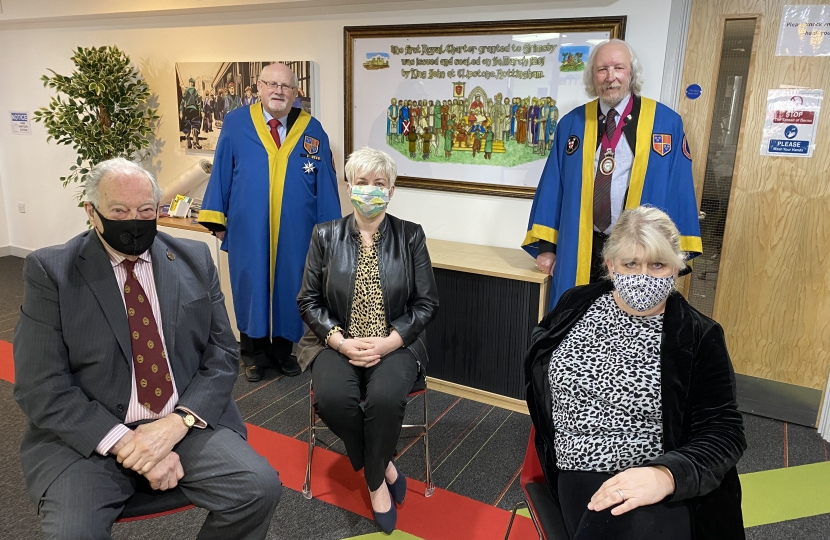 To mark Grimsby Charter Day, I visited the Enrolled Freemen of Grimsby. I have regular meetings with them to discuss the work that they’re doing and how I can assist them on a range of projects. They’re currently looking to regenerate the area around the Freeman Street Market after the demolition of the Freeman Way site and where the high-rise flats used to be. It’s an ongoing piece of work that we’re doing together to look at what we can do to stimulate regeneration in the area, but we also talked about how we should commemorate the fact that we do have Enrolled Freemen in the town.

Grimsby is a very ancient borough. On the 11th of March in 1201, King John met with those who became the Enrolled Freemen of Grimsby, who then purchased the land from King John and created the Enrolled Freemen with its ancient seal. I met with President Stephen White along with Stephen Wakefield, Sara Meller and Richard Bellamy to remember that although the Freemen have been inexistence for 820 years in the town, they still continue to be a strong, positive force for making sure that the Freeman Street area continues to thrive.

It’s very important for me to recognise that these organisations are groups of local people with long links to the town and borough who continue to volunteer to do good work in the area. They’re a driving force in the East Marsh area and they are wholly responsible for the healthy working of the Freeman Street Market, which without them I’m sure it wouldn’t have thrived in the same way. It’s very important for me to make sure that I’m working with them on their plans for the area and to see what I can do to help.

Amanda Milling is the Conservative Party Chairman and she came to Grimsby earlier today to support the start of campaigning for local election.