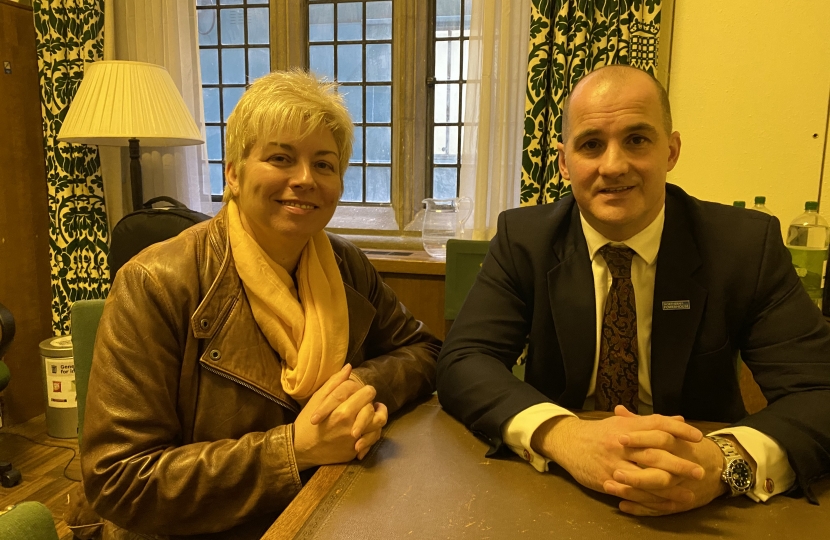 Towns like Grimsby have been left behind over the decades. A post-industrial town trying to find its way in a post-industrial world hasn’t been easy and our town centre really has been neglected for decades now. Making sure that Grimsby is on the political map is a priority of mine. A mantra of mine is that if you can get things to work in a small town like Grimsby, then you should be able to roll that out across the country. Grimsby is very much is the focus of the government’s Town Deal strategy, which is why it’s so rewarding to see that the town will benefit from the newly announced Town Funds and will receive £20.9 million.

We were the first town to get Town Deal status, which ensured that this fund would be allocated to us to be able to regenerate areas. Last year, I met with Jake Berry, the former Minister of State for the Northern Powerhouse and Local Growth, to talk to him about the Town Deal. I made sure that all of the work that the Greater Grimsby Regeneration Board have been doing, which is chaired by David Ross, is recognised at government level and that Grimsby is still at the top of their agenda.

We’ve got lots of regeneration going on in the industrial areas, such in Stallingborough, but the town centre has been left to wreck and ruin. Now that we’re receiving this money from government, we can move forward in breathing fresh life into Grimsby.

People will have noticed for the last 40 years that on the Garth Lane site, the old mills and timber area of the Riverhead, the buildings there have been falling to pieces over the years, they’re derelict and have suffered from fires. However, they are listed building and so the council have been working with an organisation called OnSide Youth Zones to look at providing a new Youth Zone area, which is a modern take a youth club. They’re looking to develop that on the Top Town site.

There’s also the Victoria Street area and St James Square areas that are in need for redevelopment. We need to think differently about our town centres to ensure their survival. They need to be multi-use and have residential developments because we know that retail, in the old sense, is disappearing. But we’re very luck in Grimsby compared to a lot of towns in that we still have the bones of our Victorian architecture and even going back to our Danish routes of our old road system with Cartergate, Brighowgate and Wellowgate. We’ve still got a very nice heritage in our Top Town centre, so we need to start making more of that. When you walk down Victoria Street, it’s very easy to take it for granted, but when you look up, we’ve got some great architecture that we need to start developing and finding different uses for.

The confirmation of the Town Deal in the Chancellor of the Exchequer’s budget ensures that these developments can now get underway and give Grimsby the boost it needs. Alongside the aforementioned areas for development, Grimsby will also now be benefitting from a redesign of Riverhead Square into a safe, attractive space for people to meet. There will also be high quality, quick and safe corridors for pedestrians and cyclists to use. Thanks to the government’s Town Deal, Grimsby can look forward to a bright future.