Humber region a major player in the 'Green Industrial Revolution' 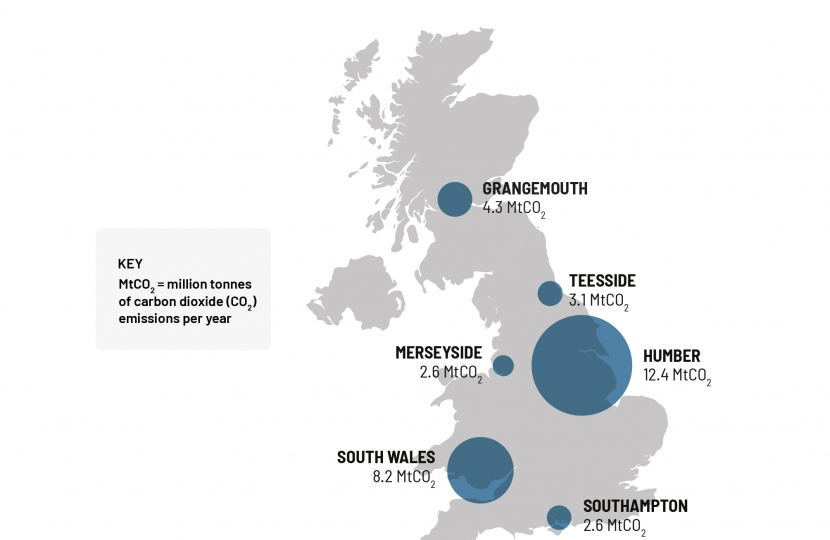 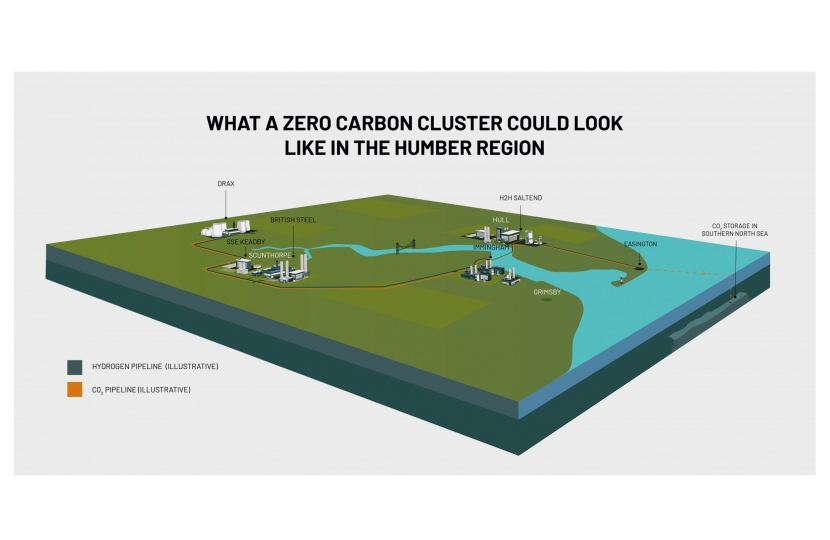 PRIME Minister Boris Johnson recently talked of our “extraordinary powers of invention”, highlighting the astonishing skill of people working in our country. Across the 'green sector', many of these are already working on globally significant projects across the Humber region – projects which will ultimately drive us towards achieving the 'green recovery' needed to protect our planet's future from climate change.

Talking of a 'Green Industrial Revolution', one where we drive electric cars and public transport is run on hydrogen or synthetic fuel, the PM's new 10-point plan focuses on £12bn of government investment, thousands of new jobs and an abundance of industry training. Hopes for the UK as “the world’s number one centre for green technology” will be bolstered by our ability to advance in the nuclear and hydrogen industries, but key to the Humber region is the promise for £1bn government investment in carbon capture and storage clusters in the North, Wales and Scotland, in addition to making the UK the “Saudi Arabia of wind”.

Orsted's Hornsea One is already recognised as the world's largest offshore wind farm while plans for RWE's Sofia Offshire Wind Farm at Dogger Bank are well under way. Both projects continue to use staff at their Grimsby bases for construction and operations. More than 1,800 people based in North East Lincolnshire already work directly for, or in the supply chain for, offshore wind farm companies. Mr Johnson's pledge to create the capacity for every home to be powered by wind by 2030 can only spell further opportunity for Grimsby and the surrounding areas.

The town's MP Lia Nici said: “Announcements in recent days are positive for Grimsby. We are currently the largest centre for maintenance and operations for the wind energy sector and this announcement enables us to continue to level up and become a UK leader in a wider range of renewables technologies.

“We are at the centre of Gigastack – a renewable hydrogen project led by ITM Power, Ørsted, Phillips 66 Limited and Element Energy. The project will see take energy taken from the Orsted's offshore farms split into oxygen and renewable hydrogen. This will then be utilised at Phillips 66 refinery, subsequently reducing carbon dioxide emissions.

“The Humber is responsible for emitting 13.9 tonnes per Humber resident – over twice the national average – and projects such as Gigastack are vital not only for investment and employment, but also for the future of our planet.”

Also attracting global attention to the region is Zero Carbon Humber, a partnership of major players dedicated to building the world's first net zero industrial cluster and the decarbonisation of the North of England. The government has a target of 2050 for carbon neutrality and Zero Carbon Humber (ZCH) aims to become a pioneer in storing industrial CO2 at scale, transporting emissions to permanent storage aquifers under the southern North Sea.

ZCH founding member and partner Drax, based in North Yorkshire, recently announced the results of a commissioned report by Vivid Economics. The report states that deploying hydrogen production at scale for fuel-switching, as well as carbon capture to decarbonise gas power and other industries could create and support as many as 49,000 jobs in the Humber region at its peak in 2027.

In October, Drax was one of 12 leading businesses and organisations as part of the Zero Carbon Humber Partnership to jointly submit a bid worth around £75m to the UK Government to establish a CCS and hydrogen economy in the region.

Grimsby MP Ms Nici, who is also a Further Education Ambassador for the Government, added: “Ensuring local people have the skills needed to take full advantage of the opportunities created by these new energy technologies is also critical. The government, as well as businesses, training providers, schools, colleges and communities, must come together to support this initiative, so we’re ready to make the proposals a reality.”

For details on the 10 point plan, visit www.gov.uk/government/news/pm-outlines-his-ten-point-plan-for-a-green-industrial-revolution-for-250000-jobs

The renewables sector is fast becoming a crucial resource in the development of Grimsby and the Humber Bank. For the last few years, we have seen the estuary's wind farms spring up at a rapid pace.