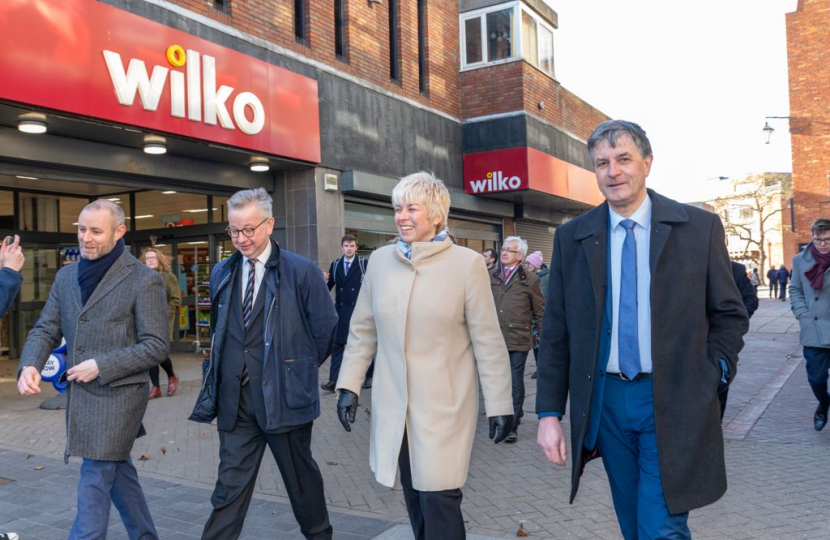 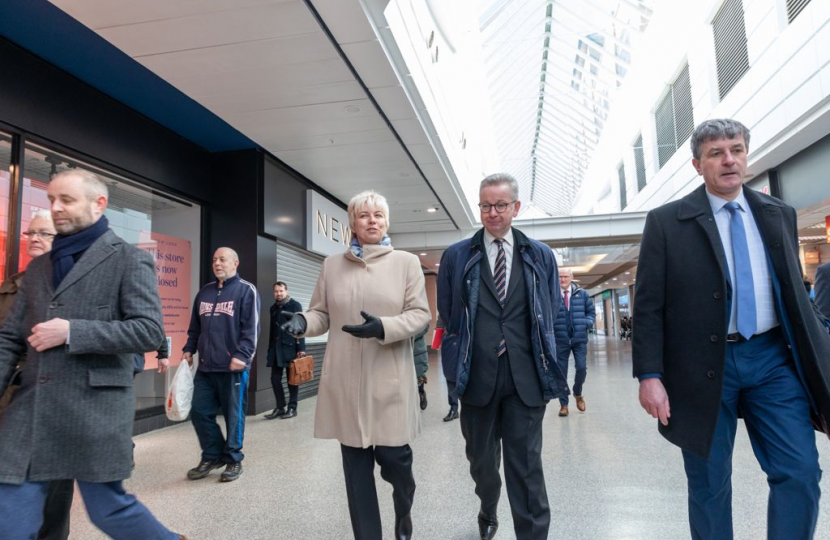 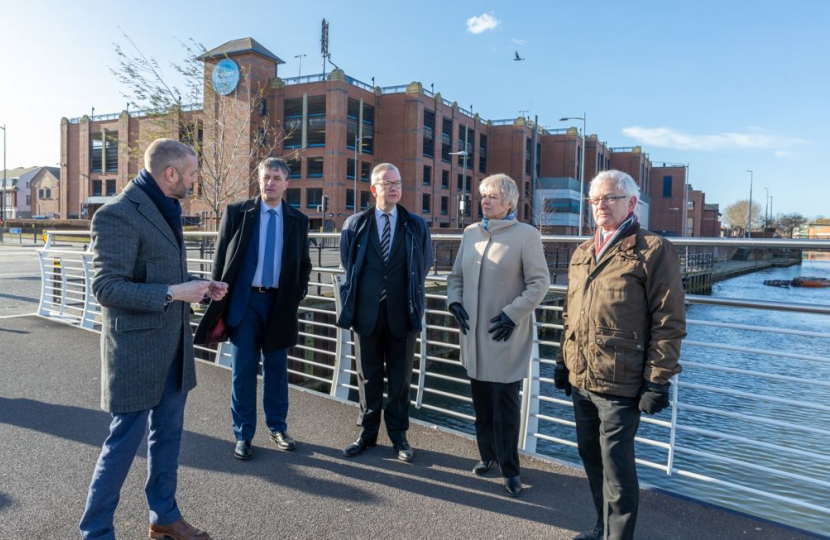 Mr Gove also visited the Grimsby Port to hear about the role of the Humber Ports as a hub for offshore wind operation and maintenance as well as to get an update on the Humber Freeport which is due to open in the near future. In Cleethorpes, Mr Gove walked the North Promenade and discussed numerous planned coastal regeneration projects and also visited the refurbished Knoll, the War Memorial and the pier.

The White Paper will set out a complete ‘system change’ of how government works that will be implemented to Level Up the UK.

At the heart of this new way of making and implementing policy will be 12 bold, national missions – all quantifiable and to be achieved by 2030.

These missions will be cross-government, cross-society efforts. The first mission, for instance, will see pay, employment, and productivity grow everywhere, and the disparities between the top and worst performing areas narrow. This is the first time a government has placed narrowing spatial economic disparities at the heart of its agenda before.

Other missions will see: hundreds of thousands more people completing high quality skills training every year, gross disparities in healthy life expectancy narrowed, the number of poor quality rented homes halved, the most run down town centres and communities across the country rejuvenated, a significant decrease in serious crime in the most blighted areas, and every part of England getting a ‘London-style’ devolution deal if they wish to.

“It is no coincidence that Grimsby was chosen by the Levelling Up Secretary to launch the White Paper in his visit on Monday 31 January.

I welcome its contents as this is the first time in generations that a Government has focused on areas like Grimsby. This is about making Grimsby a place not just to grow up, but to gain worthwhile employment and to live a fulfilling life.”

“Under this Government, North East Lincolnshire is going from strength to strength. We are benefiting from numerous funds including the Local Growth Fund, Coastal Communities Fund, and Future High Streets Fund. We were also the first area to benefit from a Town Deal.

The Humber Freeport will also be a pivotal element of the levelling-up agenda. When it opens, the freeport will drive new investment into the area, create jobs and create additional funding to help the local area regenerate.

The Government’s levelling up agenda is a serious plan to ensure that areas like Grimsby and Cleethorpes are never again left behind but actually at the forefront of the country’s successful future.”

“The United Kingdom is an unparalleled success story. We have one of the world’s biggest and most dynamic economies. Ours is the world’s most spoken language. We have produced more Nobel Prize winners than any country other than America.

"But not everyone shares equally in the UK’s success. For decades, too many communities have been overlooked and undervalued. As some areas have flourished, others have been left in a cycle of decline. The UK has been like a jet firing on only one engine.

"Levelling Up and this White Paper is about ending this historic injustice and calling time on the postcode lottery.

“This will not be an easy task, and it won’t happen overnight, but our 12 new national levelling up missions will drive real change in towns and cities across the UK, so that where you live will no longer determine how far you can go.”

ANNEX A: The 12 Missions to Level Up the UK

1. By 2030, pay, employment and productivity will have risen in every area of the UK, with each containing a globally competitive city, with the gap between the top performing and other areas closing.

2. 2. By 2030, domestic public investment in R&D outside the Greater South East will increase by at least 40% and at least one third over the Spending Review period, with that additional government funding seeking to leverage at least twice as much private sector investment over the long term to stimulate innovation and productivity growth.

3. By 2030, local public transport connectivity across the country will be significantly closer to the standards of London, with improved services, simpler fares and integrated ticketing.

4. By 2030, the UK will have nationwide gigabit-capable broadband and 4G coverage, with 5G coverage for the majority of the population.

6. By 2030, the number of people successfully completing high-quality skills training will have significantly increased in every area of the UK. In England, this will lead to 200,000

7. By 2030, the gap in Healthy Life Expectancy (HLE) between local areas where it is highest and lowest will have narrowed, and by 2035 HLE will rise by 5 years.

8. By 2030, well-being will have improved in every area of the UK, with the gap between top performing and other areas closing.

9. By 2030, pride in place, such as people's satisfaction with their town centre and engagement in local culture and community, will have risen in every area of the UK, with the gap between the top performing and other areas closing.

10. By 2030, renters will have a secure path to ownership with the number of first-time buyers increasing in all areas; and the government’s ambition is for the number of non-decent rented homes to have fallen by 50%, with the biggest improvements in the lowest performing areas.

11. By 2030, homicide, serious violence, and neighbourhood crime will have fallen, focused on the worst-affected areas.

12. By 2030, every part of England that wants one will have a devolution deal with powers at or approaching the highest level of devolution and a simplified, long-term funding settlement.