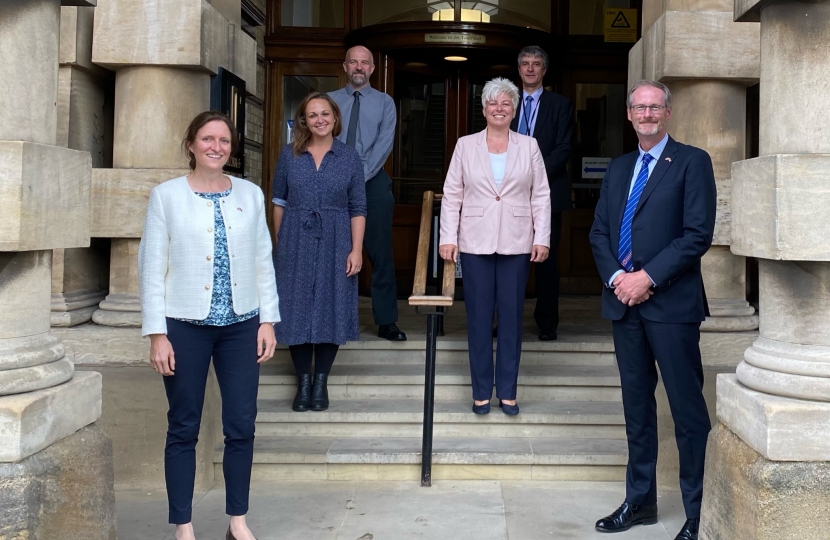 I was invited to meet with the newly appointed British Ambassador to Iceland, Dr Bryony Mathew, along with council leader Philip Jackson and the Icelandic Consul Jonathan Goolden and members of the Port Health Authority team.

We discussed issues surrounding the post-Brexit landscape and making sure that Icelandic fish continues to be able to move freely into the country. We are Iceland’s largest export market for fish, so our relationship with Iceland is hugely valuable to us. We talked with the Port Health Authority team about what we need to do in so far as export health certificates are concerned, as the rules surrounding them start to change from October.

Dr Mathew will be able to ensure that this ongoing dialogue remains positive and productive. There are also ongoing discussions with Iceland about how we can work together on new fish products. For instance, there are opportunities in pharmaceuticals with fish products. Hopefully at some point, we’ll be able to see how such products are developing.

The UK Ambassador’s role also involves showcasing what we can do in Grimsby as well. I’ll be working with Doctor Mathew on an ongoing basis to show her what we can jointly lead on as two communities working towards common goals. Something that we’re already working with Iceland on is developing wind energy. Iceland is very much at the start of its wind energy development, whereas Grimsby is one of the world leaders when it comes to wind energy, so that will be an exciting project to work with Iceland on.

The renewables sector is fast becoming a crucial resource in the development of Grimsby and the Humber Bank. For the last few years, we have seen the estuary's wind farms spring up at a rapid pace.