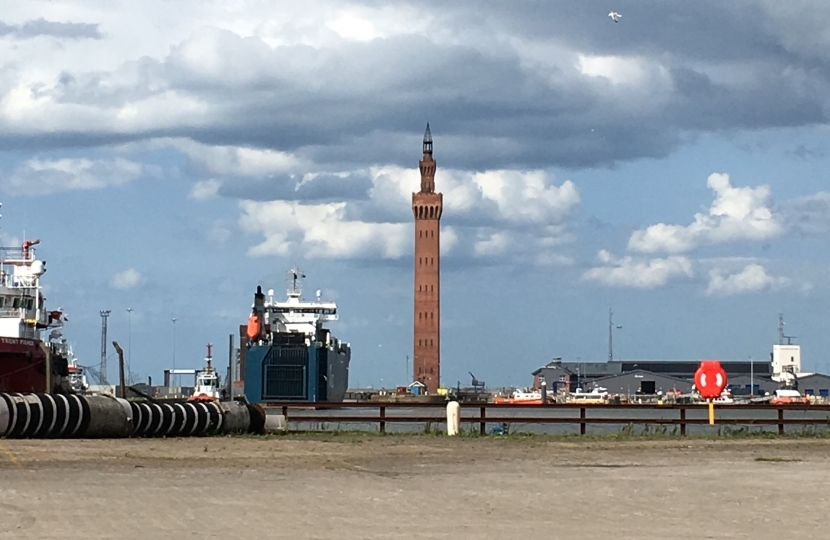 I’m excited to see the news that the government has revealed that work on a new port on the Humber to build the next generation of offshore wind projects is underway. The Able Marine Energy Park will create 3000 jobs in the North which is a huge boost for the people in Grimsby. I have spoken before about how new, green jobs and careers are on their way to Grimsby and this is proof that the government are continuing to invest in our area.

The Able Marine Energy Park forms part of the government’s £75 million investment in the UK’s world-leading wind energy industry. It will boost the offshore wind sector and strengthen its manufacturing base. The park will be situated on the South Bank and construction work will begin later this year.

Prime Minister Boris Johnson says that “the Humber is already home to the largest offshore wind farm in the world, so there is no better place to build a new offshore wind port and drive forward our green industrial revolution on the River Humber.

“With £75 million invested by the government, the Humber will continue leading the way in producing clean energy, creating thousands of jobs and harnessing the skills and expertise of this great industrial heartland as we build back greener.”

The Able Marine Park is something that’s been developed for nearly a decade now and Martin Vickers MP has been lobbying for this for a very long time. The Able Marine site will be in close proximity to Grimsby so it’s therefore significant for people in Grimsby. The site is going to need people who have got skills in engineering and construction in particular, so we need to make sure that people in the town understand that if they’re looking for good jobs, then this port investment is a great opportunity for them to get trained up for these jobs.

This welcoming news builds on the Prime Minister’s green pledge to provide enough energy from offshore wind to power every home in the UK by 2030 and it’s thrilling to see how Grimsby will be playing a hugely vital role in this.