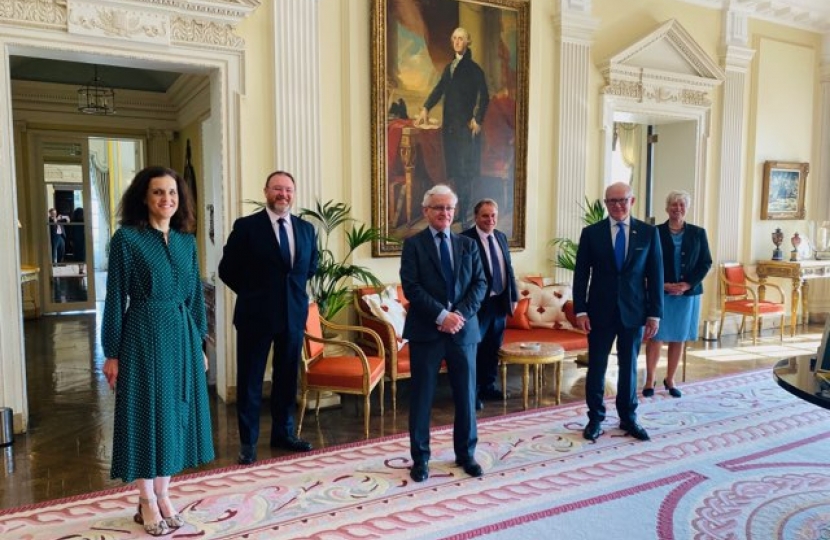 I was invited to join a breakfast meeting at Winfield House, which is the residence of the United States Ambassador, Ambassador Johnson. He invited us to talk about Brexit and fishing and he wanted to know what was important for the UK, as far as fishing was concerned, and to make sure that as we leave the EU, the relationship between the US and the UK would continue to be strong, which it is.

It was also an opportunity to talk about Grimsby. The ambassador had been to Grimsby previously to go and meet with companies. When he became the outgoing ambassador, he had a video made about what he’d achieved whilst he’d been in post. Grimsby was featured in the video thanks to the ambassador highlighting the importance of the US’ relationship with Grimsby.

I want constituents to understand that even though some people put down Grimsby, the town actually really does have a very well embedded influence in the world. People understand Grimsby and the vital importance of its fishing identity.

There is nobody that I don’t go and see internationally who doesn’t know about how important Grimsby is as a town and I need people in the town to understand that we are on a world stage. It astounds myself, someone who’s Grimsby born and bred, that we actually are such an important town and meetings like this help to remind us of that fact.