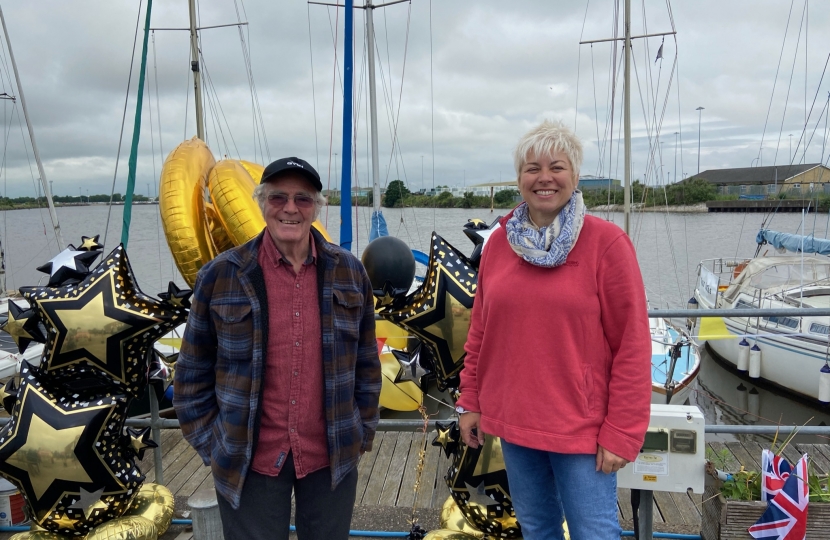 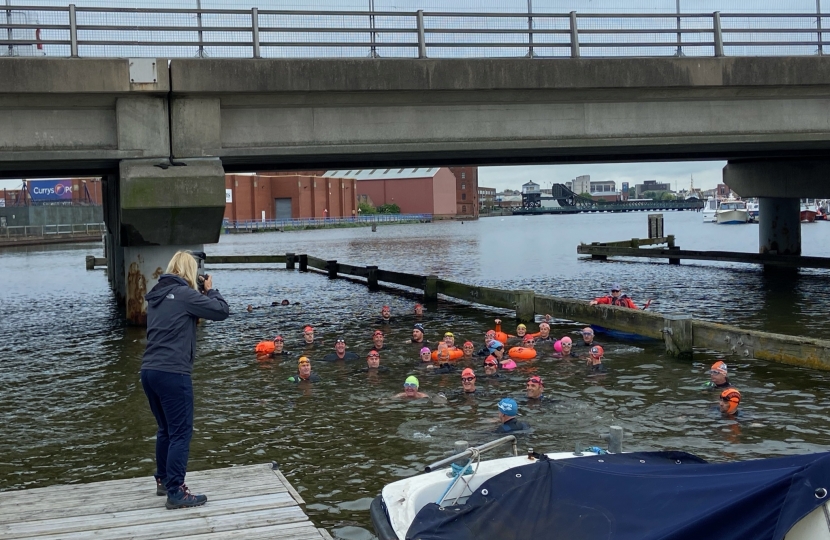 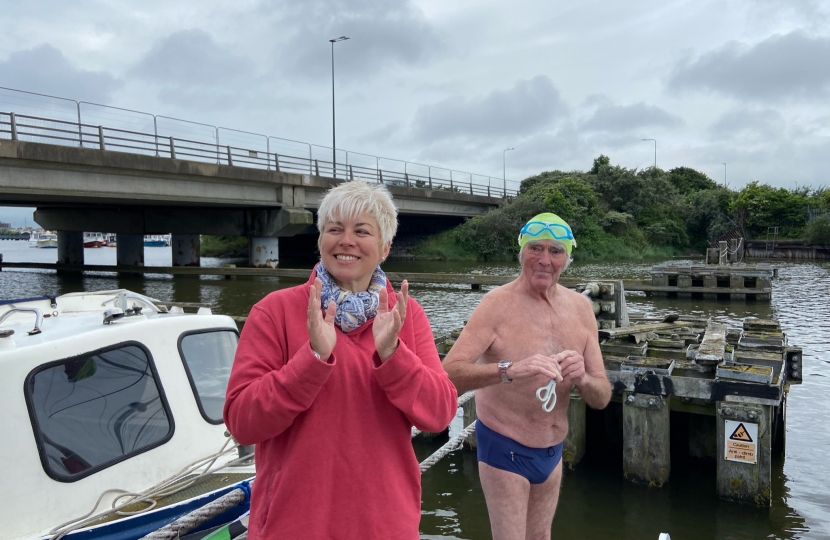 I was delighted to congratulate Peter Winchester MBE for completing his 60th swim around Grimsby Docks. Peter is a veteran swimmer best known for his record-setting marathon of swimming 70 times across the Humber between Cleethorpes and Spurn Point, a watery trek of seven miles each. This earned him the title of the Humber King!

Peter, who is now 80 years old, has been swimming since his teenage years and was more than surprised to discover that the Grimsby and Cleethorpes Yacht Club had organised a celebration for him in honour of his landmark swim.

Peter was awarded his MBE in 2015 for services to swimming and charity. The event formed part of the annual docks swim which attracts swimmers from all over the country. This year’s event was understandably smaller in scale and attendance due to COVID guidelines.

It was fantastic to see Peter's efforts celebrated at such a suitable event!