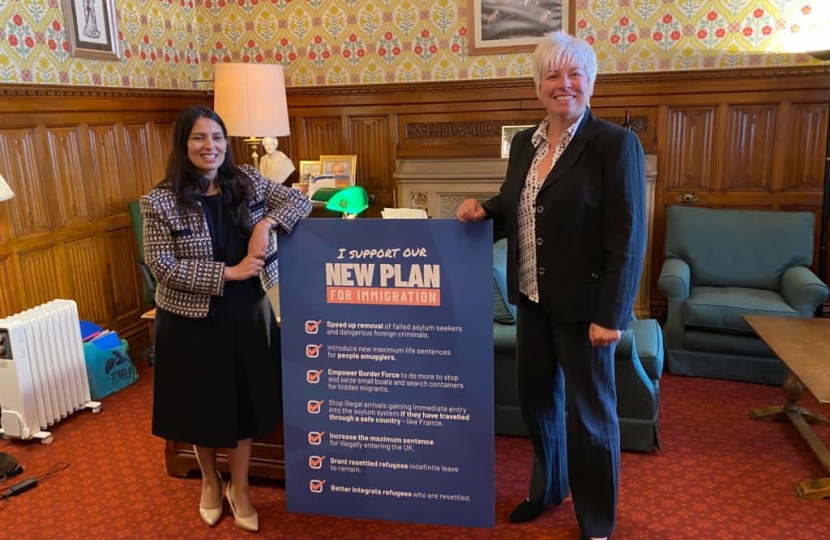 I recently met with the Home Secretary Priti Patel to discuss our plans for immigration. These plans form part of the Nationality and Borders Bill, the debate of which I took part in. This Bill is the cornerstone of the Government’s New Plan for Immigration and aims to fix our broken asylum system.

We need to make sure that we can do whatever we can to slow down the amount of people coming into the country illegally, which includes implementing these new laws, which actually make it better for people to come to the country legally. Most people appearing on our shores are not asylum seekers, they are economic migrants.

We want to let people know that if they are seeking asylum, then they need to do it through the official routes that are available to them, including the UNHRC, which received 26,903 applications for asylum by the end of March 2021. We want to discourage the organised crime that’s going on by people appearing illegally on our shores, whether through boats or other means of transport.

It was fantastic to take part in the debate and the majority of people in Grimsby support these changes.