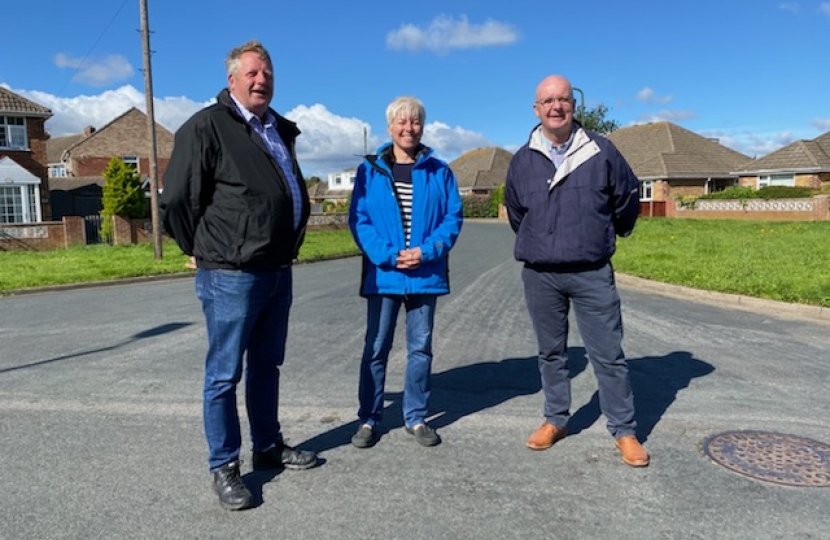 We’re always welcoming new members to the Conservative Party on a local level and it’s here that we get many of our potential new council candidates from. What I do is go out with these candidates into the local community and help them campaign, as well as discuss what I can do to assist them. They have issues as residents that they’re looking to see if I can help with and really, a council candidate is simply a keen resident who wants to make positive changes in their area.

I’ve recently been out with Lottie Croft in Scartho, and in the past I’ve met with Mark Smith in Heneage and Martin Sanford in Freshney to talk with them about what’s happening in their ward, what their aspirations are and how I may be able to help them.

With Lottie, for instance, we were looking at the changes that had been made on the Scartho Road roundabout and cycle lanes. The combined cycle and bus lane has caused ongoing traffic problems in the area for years. Lottie has been campaigning to have the lane temporarily integrated into the regular traffic lane to ease congestion. When I met with Lottie, we also walked around Scartho to chat to residents, to make sure that we’re happy with how the borough is being kept clean and how it’s being maintained by the council.

I also met with Mark at Weelsby Park to discuss issues there. We know there are problems with people allowing dog fowling where kids are playing, so we talked to people to make them aware that there are designated places where you can put dog mess without disrupting where people want to walk, have a picnic or where children want to play.

I met with Martin to talk about some of the fly tipping issues in the area. What we’ve been able to do to tackle this is to actually get covert cameras installed, so that people are now actually being successfully caught and convicted. Martin had also campaigned with Yarborough School to get some safety fencing up, which he has been able to do.

Even though they’re not councillors yet, these people are active and positive members of their local areas and wards, and they can get things done, so I’ll be supporting them throughout the elections. 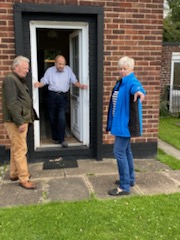 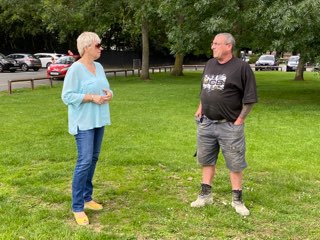 I also work alongside local councillors. I’ve been out in the Yarborough Ward with Jim Kerns talking to residents about parking issues that residents are facing. I also met with Tom Furneaux of the Freshney Ward to look at the dredging operations that had been done thanks to some funding that’s come through to make sure that properties are protected as much as possible when the Freshney does naturally flood. On a general level, it’s good to get out and to be introduced to people that the councillors are working with.

Until recently, I’ve been a Scartho ward councillor and working with Councillor Shepherd and Councillor Lindley, we went out in Scartho when the new recycling bins were launched. We talked to residents who were happy now that we’ve got proper bins in place, ensuring that people’s rubbish doesn’t get blown all over the borough. The new rotations also encourage more people to recycle, which is key for the Grimsby area. Our recycling levels in North East Lincolnshire are some of the lowest in the country and we need to encourage more people to effectively recycle. 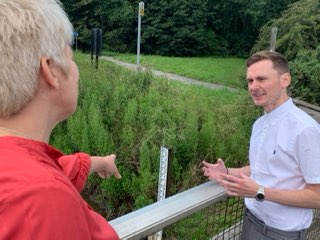 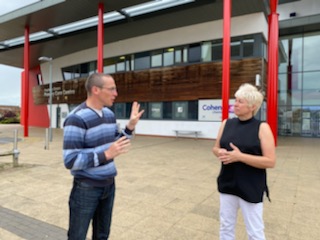 It’s actions like these that demonstrate how positive and essential it is for me to maintain those types of relationships with local councillors and candidates because our collective efforts aim to improve Grimsby for all.