Spending Review welcomed as the fight against Covid-19 continues 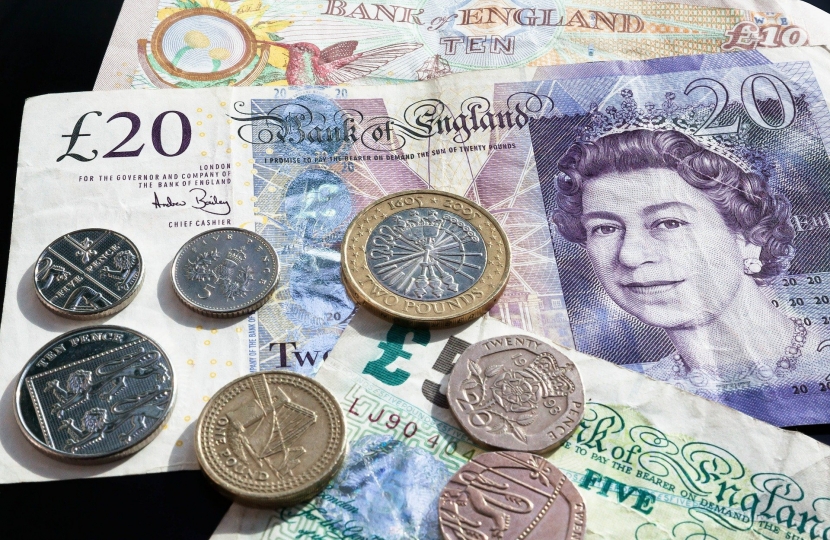 THE Member of Parliament for Great Grimsby Lia Nici has welcomed today's Spending Review which provides billions of pounds in the fight against coronavirus, delivering on the Conservative’s promise it has made to the British people to invest in the UK’s recovery.

The Government set out an ambitious plan that focuses on levelling up across the country, investing in vital infrastructure that will ensure the UK builds back better from coronavirus.

As part of the Government’s commitments to fund the nation’s priorities, the Spending Review confirmed that a further £55 million to help with our response to coronavirus – including £18 billion for mass testing, Test and Trace, PPE and vaccines, and £3 billion to support NHS recovery.

In a funding boost for the NHS, next year, the health budget will grow by £6.6 billion, allowing 50,000 more nurses and 50 million more GP appointments. The Government is investing in new technologies, building 40 new hospitals, upgrading 70 more, replacing the vast majority of ageing diagnostic equipment.

There will be more money for schools, meaning every pupil in the country will see a year-on-year funding increase of at least 2 per cent. The Government is also funding our commitment to rebuild 500 schools over the next decade and are providing £375 million to deliver the Prime Minister’s Lifetime Skills Guarantee.

More than £24 billion will be invested in defence – the biggest sustained increase in 30 years – allowing the Government to provide security not just for the United Kingdom but around the world.

There will be an increase in core spending power for local authorities by an estimated 4.5 per cent, along with over £3 billion of additional coronavirus support and an extra £254 million of funding to tackle homelessness and rough sleeping.

A new Levelling Up Fund, worth £4 billion in England and £800 million in Scotland, Wales and Northern Ireland, will help to build the infrastructure of everyday life.

A new National Infrastructure Strategy, and a new UK infrastructure bank - headquartered in the north of England - will work with the private sector to finance major new investment projects across the UK.

Commenting, Ms Nici said: “While the health emergency facing our country is not yet over, the economic emergency has only just begun.

“The Chancellor’s Spending Review tackles this unprecedented situation head on – ensuring lives and livelihoods in Great Grimsby are protected and supported in the weeks and months ahead.

“I was elected at last year’s General Election on a commitment to level up communities like ours, and I am thrilled that this Conservative Government is now making good on that promise. I am excited by the £4billion 'levelling up' scheme, which will allow bids for funds to improve facilities wanted by local people.

“Despite the hit to the economy by Covid-19, many public sector workers will receive a pay rise, including NHS doctors and nurses and those earning less than £24,000 per annum. It is important that we try to protect those on a lower income.”

Ms Nici continued: “Underpinning the Government's commitment to education and skills, £29 million will fund skills for young people who want to go into education, and for improvements to the apprenticeship system. As a Further Education Ambassador for the Government, I very much welcome this news.”

Chancellor of the Exchequer, Rishi Sunak MP said: "Today’s Spending Review delivers the priorities of the British people. Our health emergency is not yet over, and the economic emergency has only just begun; so our immediate priority is to protect people’s lives and livelihoods.

“But today’s Spending Review also delivers stronger public services - paying for new hospitals, better schools and safer streets. And it delivers a once-in-a-generation transformation in our approach to infrastructure. Creating jobs, growing the economy, and increasing pride in the places people call home.”

2020 has been dominated by the pandemic and although we are still under restrictions the roll-out of the two vaccines means that we can look forward to getting back to some form of normal life from next Easter onwards.